A worthy choice for newbies or veterans, this mic has solid build quality and great audio reproduction.

On first glance, I knew this was going to be a fun review. From the careful packaging to the actual connection and setup of the microphone, which was very easy due to a generously long USB cable, my first impression of the unit was that this microphone felt like a step up from the bargain-basement gooseneck models. Once I began testing the unit, I found that my first impression held true. CAD Audio, this could be the start of something special.

The unit goes for a simple matte black coloring and doesn’t appear aesthetically different from many other microphones. The body of the mic is a little shorter than I expected, and the base of the unit is threaded for attaching a tripod or stand, but the mic is otherwise straightforward in design. The mic is mostly metal and carries enough of a pleasant amount of weight to make things feel “professional”. The microphone is small enough to work as a handheld, but the dangling USB cable and the weight of the unit over time may send users looking for a mount or stand.

Luckily for the customer, this unit came with a separate shock mount and miniature tripod designed to hold the mic for desktop work and these were easy to install. I found that adding the microphone to my existing desktop setup was so easy that I am now reluctant to disconnect the microphone from my PC. Cortana and Google voice commands are pretty fun to play with, after all…

This microphone’s simple and attractive physical design does a lot to warrant the price, but the real clincher is the microphones audio reproduction ability. All the shiny metal in the world could not save this review if the performance testing ended poorly, but I never had a reason to worry. This unit was great fun to put through its paces.

I used several programs to test the microphone’s recording ability and also to gauge performance with speech recognition software. For the recording tests, I used Audacity for custom audio recording and playing with various tracks and levels, Steam for voice chat testing, and even attempted use of the ancient bits and bytes that make up Windows Speech Recognition (steps that seem to be nearly identical to the baked-in copy included with older versions of Windows). In Audacity, I decided to record normal speech and then record a separate copy of normal speech over several tracks of audio playback. Audacity recorded audio very well and the mic even worked to cancel out background noise of other audio tracks that were playing during recording. The Steam test was as easy as jumping into my friends list and setting up some voice chat and this was handled smoothly with no mic troubles. Windows Speech Recognition is a pretty old control program, but the mic handled things fairly well here. During this test, there were several failed commands that I firmly blame on Windows lack of accurate recognition and not any fault of the mic itself.

Speech Recognition was pretty good. I did not realize that Windows 10’s voice assistant, Cortana, used the exact same setup prompts as the previously derided Windows Speech Recognition. Because of this (and because Windows 8 and 10 do not allow for this mic to have a ‘mic boost’ enabled), I had to speak loudly into the mic if I wanted any hope at accurate recognition. Strangely (but impressively), Google Chrome and its “OK Google” helper feature handled speech recognition perfectly without any need to hunt for a volume or mic boost setting. I only had to speak a normal level of volume and Chrome was off in a flash.

In closing, using this microphone in my admittedly low-demand computer room works very well, but my other tests worked well enough to sway me toward recommending this microphone to serious musicians, podcast personalities, or even someone that is interested in broadcasting a game streamed over Twitch or Youtube. This is a great microphone and I look forward to seeing more of what this manufacturer is capable of. 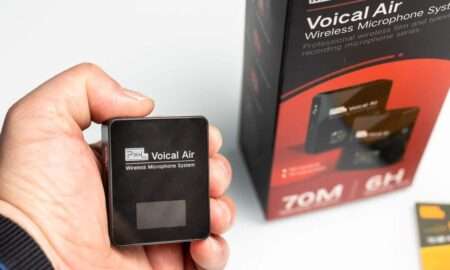