Ever since I started working from home (due to the COVID-19 crisis), I’ve noticed how much more I use my phone. When I was working in my office, I would often use my office phone and my colleagues and I wouldn’t text as much as we do now. I used to be able to make it an entire day without needing to charge my phone and now, by the time I finish work, I’m lucky if I have a 50% of my battery. Even though I have the option of keeping it plugged in while I work, it’s hard since I have to use it so often. It’s much easier to drop the phone onto a wireless charger and let it gain some power while I work. But, given the working situation I’m in, I need a fast charge. That’s why I turned to AUKEY and their Graphite Podium Wireless Fast Charger.

The Graphite Podium Wireless Fast Charger boasts a maximum of 15W output charging (Delivers up to 15W of power to an LG V50 / V40 / V30, up to 10W to a Samsung S10 / Note10, and up to 7.5W to an iPhone 11 / XS / XR.). It’s a Qi-Certified charging pad that features a soft non-slip rubber charging surface and a zinc alloy base. The charger has temperature control (with a built-in cooling fan), foreign object detection, and power input monitoring to ensure your devices are safe while being charged. It works with ALL Qi-enabled devices and will charge through most cases (up to 3mm thick) as long as they aren’t metal. There is an LED charging indicator light on the front of the base. It glows red when the charging pad is powered and changes to green when there is a device charging on it. The charger is priced at $39.99 (at the time of this article being published), which is similar to other wireless chargers with this amount of output charging.

The charger arrived in a plain brown cardboard box with an illustration of the product on the front. There are very few details included on the box, but there is a user manual in the box that provides a great deal of detail including specs and diagrams of the charger. In addition to the English instructions, the manual includes German, French, Italian, Spanish, and Chinese instructions, too.

As far as style goes, the charger looks bulkier than most pad-style wireless chargers. The ‘podium’ from the name of the product certainly makes sense because it stands almost 1 inch tall. Despite its larger size, the charger is still lightweight (154 grams). One of the reasons the charger is built to be larger is because it includes a cooling fan. This is the first instance I’ve seen of a cooling fan built into a charging pad and I love it. One of my biggest complaints of charging pads is that they get hot. AUKEY included a fan to combat that problem. And it works! After charging my iPhone 11 Pro for a little over an hour, the charger was cool to the touch. There is a switch on the bottom of the charging pad that allows you to turn the fan on and off. According to the instructions, the fan will only operate when it detects a device is charging. I was, however, able to hear the fan spinning when my phone wasn’t charging. It is incredibly quiet.

In addition to the indicator LED on the front of the charger, there is also an LED ring around the base that provides illumination for the area where the charging pad is located. It’s bright, but not so bright that it wouldn’t work well on a nightstand. In fact, it would make a good nightlight. There is a button on the bottom of the base next to the fan switch that allows users to turn it on and off, too.

The charging function of this device is quite efficient. AUKEY states that it can provide up to 15W of output charge for certain devices. I think it’s important to note that in order to get that high of a charge, you have to use a wall charger with more than an 18W output. While a USB-C charging cable is included with the wireless charger, a wall adapter is not. AUKEY has some really nice options to accompany this charging pad including the Omnia Mix 65W Dual-Port PD Charger. That is the wall adapter I chose to use while testing the efficiency of the charging pad. I have to admit that I was a little surprised at the results. After 64 minutes of charging, my iPhone 11 Pro’s battery gained 21% charge. This equals a charging rate of 0.32% per minute. While this is faster than some wireless chargers I’ve tested in the past, it’s a bit slower than other fast wireless chargers I’ve tested recently.

Even though the charging rate wasn’t what I expected, I am still a fan of this wireless charger. It is efficient and has a very unique style to it. I do wish that a wall adapter was included, but I love the extra features that AUKEY provided — like the fan and the base light — and think it’s a really nice option for wireless charging. 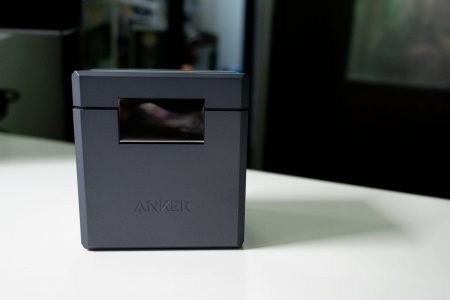 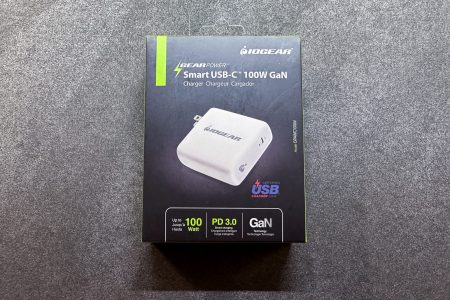