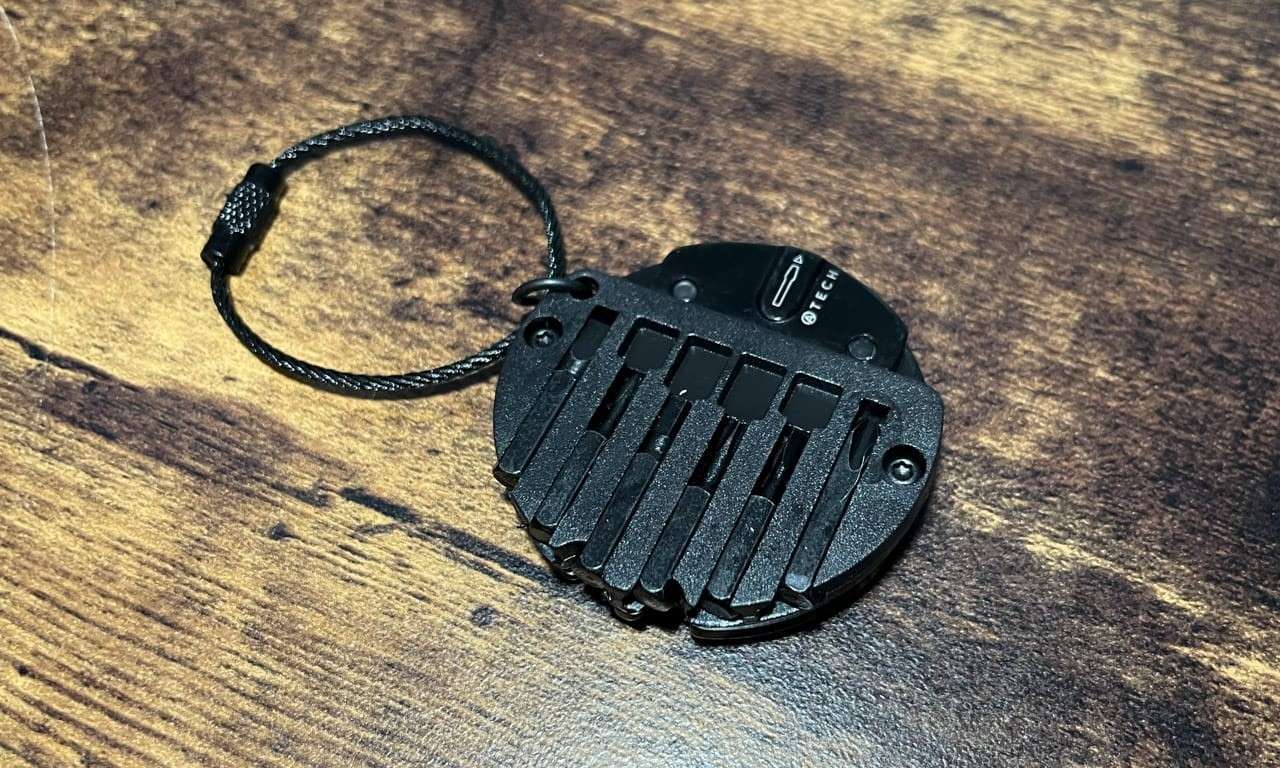 A unique multitool that fits on your keychain.

Every-day carry (EDC) items are objects that a person would carry with them so that they are ready for any situation. Items can range from knives to key rings to notebooks to firearms. The biggest reason someone would carry one of these items is preparedness and utility. I like to think about an EDC item being anything that can make a person’s life easier, too. I have quite a few EDC items including a Microtech knife, a Fisher Space Pen, and an RFID wallet. I’m always looking to add EDC items to my repertoire, which is how I came across the ATECH Multitool 8-in-1 Keychain.

The ATECH Multitool 8-in-1 Keychain features 8 handy functions including a box cutter, keychain, Philips, mini Philips, slotted, mini slotted, hex key wrench, and mini tore hex key wrench. The device is TSA travel-friendly and is crafted out of 2CR13 stainless steel and chrome-vanadium steel body. It is designed in a circular shape and weighs 0.11 pounds. The Multitool measures 1.67 x 0.37 inches and can easily attach to any keychain with its keychain ring attachment. The tool comes in a small, brown cardboard box. There is a sticker affixed to the box that identifies the product inside.

When I thoroughly examined the tool and discovered that 6 of the tools included were screwdriver bits and one of the tools was a keychain loop. It is designed to be pocket-sized so I understand why all the tools are so small, but I think the name 8-in-1 Multitool is a little bit of a miss. I’d rather see it called Multitool keychain.

The first tool I took a close look at was the box cutter. The blade wraps around the circle and is fairly easy to pull out. It has a tight fit at first but does loosen up with frequent use. Even though the box cutter worked with the shape of the tool well, it wasn’t sharp out of the box. I think this is because it’s designed to be a box cutter and not a specialized knife. As a test of its sharpness, I tried to cut a hair with the knife and it ended up curling it like ribbon rather than cutting it. For comparison, I was able to cut the same hair using my Microtech knife. I did try cutting through some tape on a box and while it eventually did cut through the adhesive, it was a little rocky getting started. Ideally, I think the knife should be a bit sharper out of the box.

Next, I took a look at the bits on the reverse side of the blade. They are all lined up and stored inside of channels so that they are secure no matter where the tool is taken. That said, the bits are really hard to pull out of their storage channels. You can’t get a grip on them easily and my fiance found it difficult to push them out from the top of the channel. I, however, was able to do so with little trouble. The bits do snap into the screwdriver port and are held into place by a magnet. They seem pretty secure in the port and I haven’t had an issue with them being knocked out of the socket. Even though the bits are secure in their channels, I think it would be good to have them magnetized or some sort of cover placed over them so that as the tool ages, the bits don’t get lost.

Finally, we come to the keychain loop. Since ‘keychain’ is part of the name of the product, I expected there to be a keychain included. I did not, however, anticipate that the keychain was counted as one of the eight parts of the tool. This was a surprise to me as I don’t often think of keychains as part of a multitool. The loop is a metal ring that can be removed by unscrewing the connector in the center. It seems to be sturdy, but the loop connects to another loop on the tool. I could see this being a point of failure if the smaller metal loop ever gets worn out.

The Multitool 8-in-1 Keychain seems to be built well. I like the design of it, but wish that it had a different name. That said, I do intend on adding it to my EDC collection. It’s priced around $20 (at the time of publishing) and ATECH offers a 1-year warranty on the device. 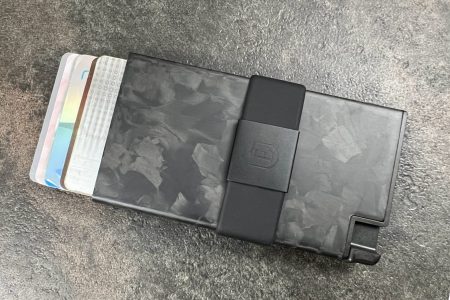 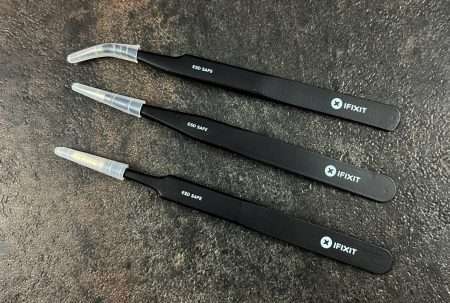 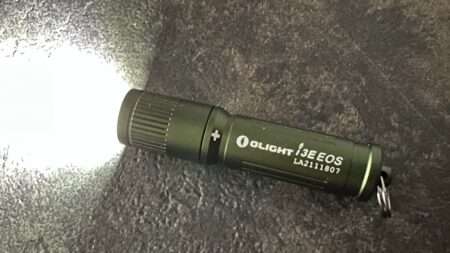