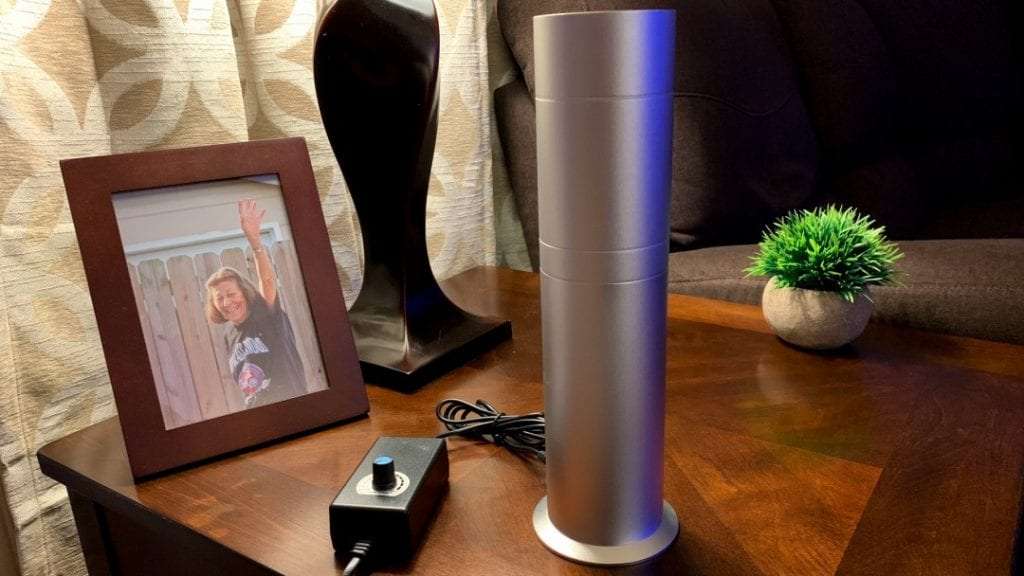 Not too long ago, I was introduced to the wonderful world of essential oils. One of my coworkers had a simple diffuser in her office and I loved the way it smelled when I would visit her space. So, I started looking into the benefits of essential oils and made the decision to start using a diffuser in my office. For a while, I was only using lavender, but eventually, I wanted to upgrade my system. So, I started using the AroMini Nebulizing Fragrance Diffuser.

AroMini is an advanced essential oils diffuser. It uses cold-air diffusion technology to disburse nanoparticles from the oil you choose into the air. Scent intensity is controlled by an adjustment dial that is attached to the power cord. The AroMini can cover 100-1000 square feet and only consumes 0.5ml per hour (if left on). The bottle capacity within the diffuser is 120ml, which should last the average user 1-3 months (depending on usage). 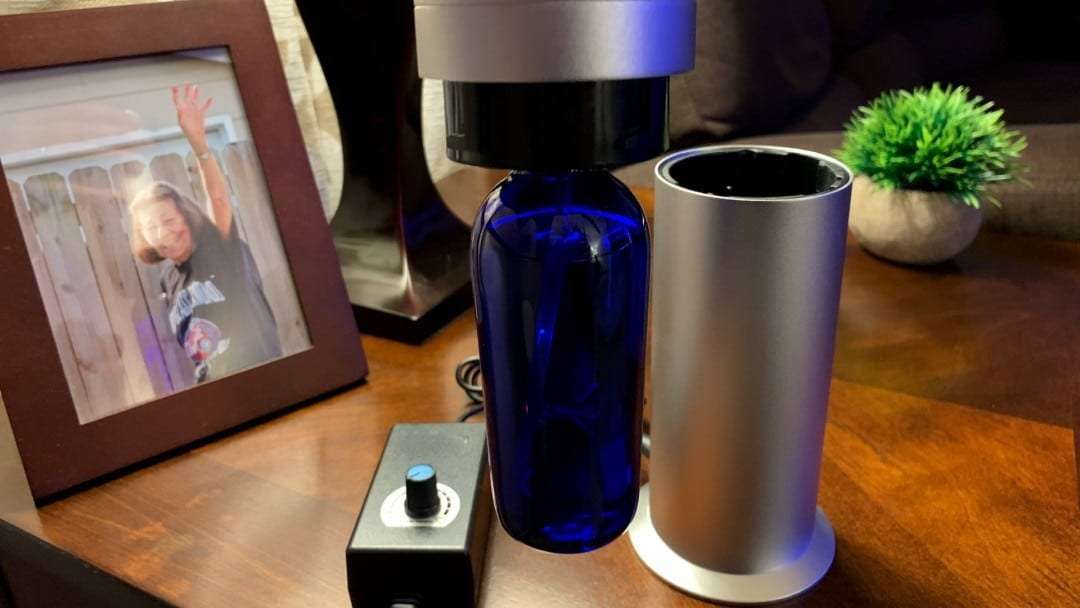 The AroMini comes in a plain but durable product box. The only thing included with it is the power cable. The power cable has a rheostat dial to control the scent intensity. I really like the look of the diffuser. So many diffusers look extremely feminine or like something out of an exotic gift shop. AroMini looks high-tech. Even though it’s quite a bit taller and more narrow than the first generation Amazon Echo, it has a similar appearance. If you had the diffuser sitting on a side table in a living room or office setting, you wouldn’t think it’s a diffuser. You would compare it to a Bluetooth speaker or a smart assistant. I have the titanium color and it looks simply elegant. I do wish that the power cable better matched the sleek nature of the AroMini. It would have been quite cool if the intensity control was actually integrated as a touch dial on the top of the device or maybe around the base. Don’t get me wrong — the rheostat does a fine job of control it just feels a little out of place with the rest of the AroMini’s design.

Putting the AroMini together took less than 5 minutes. You simply unscrew the top half of the diffuser to reveal the oil bottle and remove the bottle to fill with oil. Oil is not included with the diffuser, but Aromatech does sell a slew of different scents that are compatible with the device. Now, there is no funnel included with the AroMini so you will have to pour very carefully or use one of your own. Once you have filled the bottle, you screw it back into the lid and then the lid screws back into the base of the AroMini. From here, you just connect the power cable and turn it on via the control knob. I do recommend that you start at the lowest setting and determine if you want to turn up the intensity of the scent. Depending on the oil, you may want to leave it on the lowest setting as some smells can be quite potent. I had The Hotel scent from Aromatech. It’s quite nice but a bit strong at first. It features peach, red rose, and pine along with geranium, lavender, and eucalyptus. 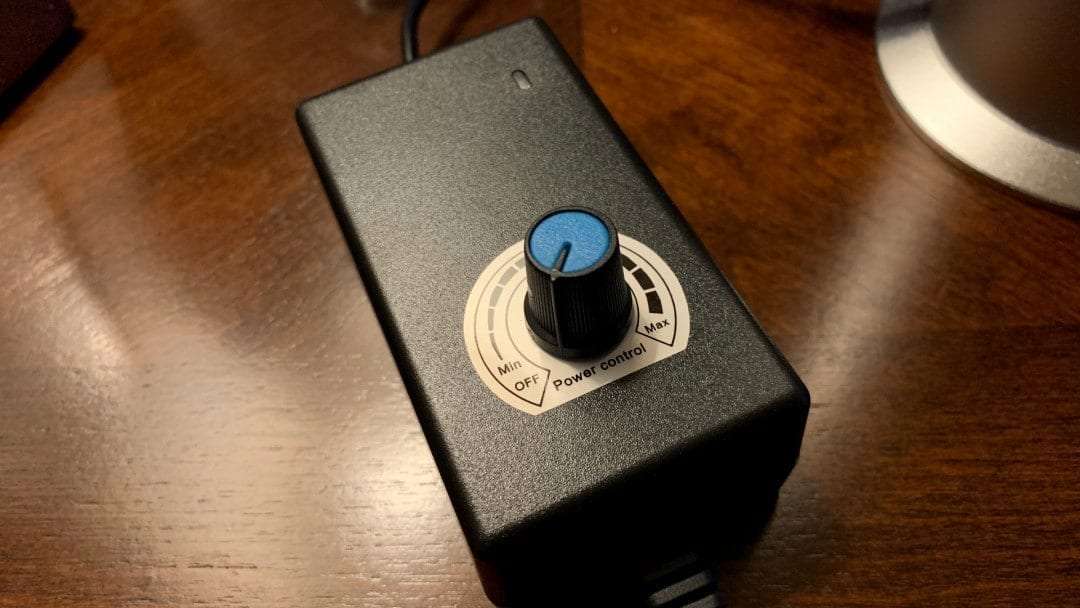 One thing that I think some people might shy away from is the price. AroMini retails for $281 USD. I don’t really know what the justification is for that cost but it may be because of the way the oil is diffused — through cold-air diffusion. According to Aromatech, cold-air diffusion is:

Cold air diffusion technology (nebulizing technology) is the safest and cleanest way to diffuse your 100% Pure Essential and Aroma oils to get the most out of them. Instead of using heat, a fan, or evaporation, Aromatech’s scent machines use filtered air from your room to diffuse fragrances into an ultra-dry micro mist. This allows you to experience the full olfactive fragrance of the scent and receive the maximum therapeutic benefits of your oils without diluting them in water, alcohol, solvent, or using heat.

Even though they aren’t the only company to feature cold-air diffusion, they do have a patent on their nebulizing technology, which preserves the integrity of 100% essential and aroma oils. The process allows users to get the most benefit from the oils that are used. 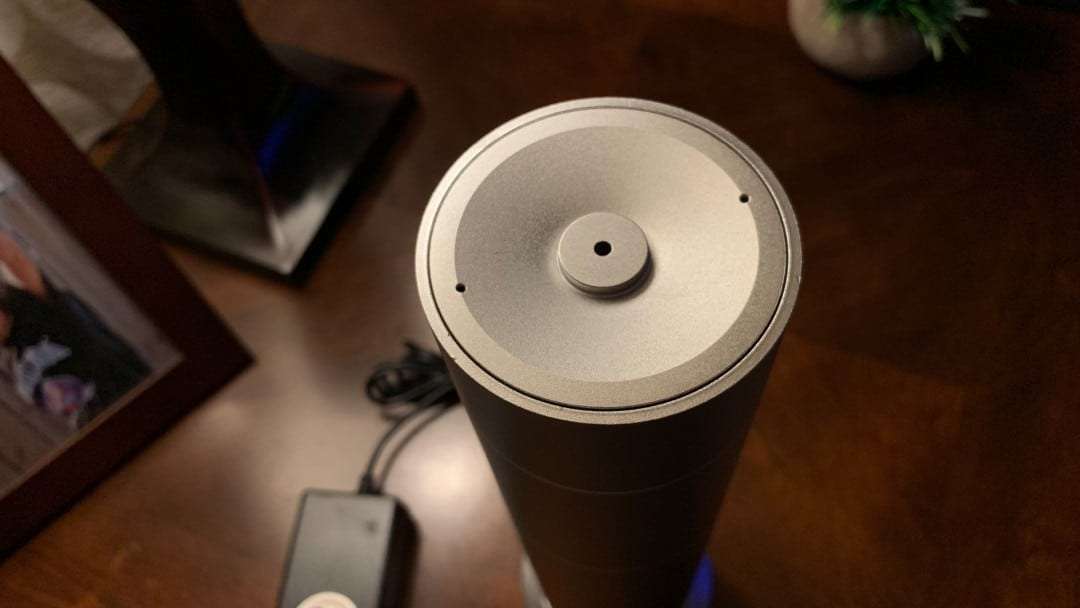 I really love the AroMini and look forward to using it for a long, long time. It is quite an investment but it does seem to push out oil scent much better than generic diffusers do. I love the look of it and how easy it is to use. I would like to see them include a small funnel with the AroMini so that people could more easily fill the oil bottle but other than that, I can’t complain.