When I first ordered my Apple Watch, I ordered it with the black sports band. I knew from my experience with fitness bands, I knew that the fluoroelastomer band would be comfortable and easy to work with. One of the things I really like about the Apple Watch is that the bands are so interchangeable. I didn’t purchase a second one right away because I thought that the Apple branded ones were just a bit to expensive to stock up on. Fortunately, only a couple of months after the Apple Watch release, third party product designers started releasing bands for the Apple Watch, too. Recently, I’ve had the opportunity to test out a very nice red leather band from Lumsing.

This Apple Watch Strap Band is made from 100% genuine leather and is a very nice, high quality product. This strap band comes in four different color choices – black, brown, white and red. Since I already had a black band and wanted something a bit more vibrant, I chose the red band. When the band arrived, the color was just as described online.

I swapped out my sports band for the new leather one and found that it fit the Apple Watch just as well as my sports band from Apple. I wasn’t particularly surprised by this, but was happy that it blended so well with the watch. The leather was comfortable, but the fit was a bit different that I’ve been used to with the fluoroelastomer band. With the sports band, it wraps around your wrist and then back through the band itself so that there is no ‘tail’ sticking out. I’ve grown so accustomed to this that when I had a small, pointed tail from the end of the leather band, it was a bit distracting. In fact, the end kept getting caught on things.

Another small distraction with the red leather band was that the clasp is made out of metal. As such, it clanked against things that my wrist was resting on. This is something that makes me take off watches when I am working so that it doesn’t rub on the wrist pad of my laptop.

Overall, the Apple Watch Strap Band from Lumsing is a very nice option for a secondary fashion band. The price is very reasonable and the quality of the product is comparable to the Apple branded bands. 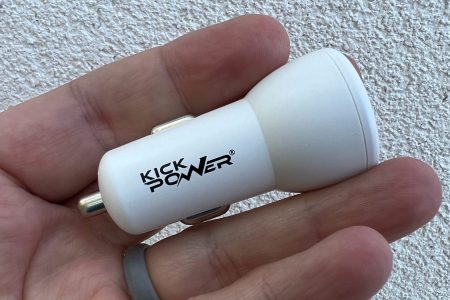 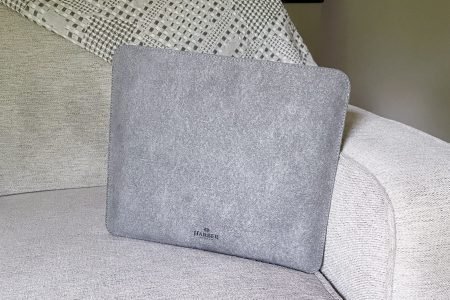