I think Elvis Costello may have said it best when he said, “That’s a lot of fancy stuff.” It’s the most wonderful time of the year – iPhone season. For several years now, Apple has used this time of year to announce ground-breaking advancements with their flagship product, the iPhone. 2013 is no different. If you were following along with the Keynote this afternoon, you are already aware of the innovations Apple executives revealed. It was a big day for MacSources, too as we held our first live blogging event alongside the Keynote. I have compiled the announcements below and invite you all to revel in the goodness of the 2013 September Apple iPhone Event.

Software
Apple announced that the previously announced iOS 7 will be available for download – free of charge – on September 18th. Those with developers accounts were treated with the Gold Master edition release today. When it came to the details of the update, they mainly did a recap of WWDC. A nice little treat for Apple fans was the announcement that iWork, iPhoto and iMovie for iOS will be free for users.

iPhone 5C
As anticipated, Apple released two new iPhone designs. It’s the first time that Apple has done so in the history of the iPhone. The first of the two designs is the iPhone 5C. The iPhone 5C is branded as a less expensive, colorful, durable iPhone 5. It has the same basic insides as and iPhone 5, but the exterior has an extreme makeover for the color body. The body is a hard-coated polycarbonate form over a reinforced steel structure that doubles as the antennae. The iPhone 5C has the 4-inch Retina display of the iPhone 5 and runs the A6 processor. It includes the 8 megapixel iSight Camera with a 5-element lens plus a FaceTime HD camera. The 5C also supports more LTE bands than any other smartphone in the world. The colors that are available are green, yellow, blue, white and pink. In addition to the color body, Apple also designed a colorful soft-feel silicone case to accompany the 5C. It’s made in the same color schemes that the phone is, but the cases have circular cuts outs so that the body color shines through, too.

The impressive thing to me is the single form of the shell. It’s all one piece. It has no seams…no joins…no lines. It’s all very smooth and sleek. The capacities will be 16GB for $99 and 32GB for $199 with a 2-year contract.

iPhone 5S
Also as anticipated, Apple announced the release of the iPhone 5S. I like to think of this as the iPhone Pro Edition. It’s definitely the higher end iPhone. The iPhone 5S comes in three colors – gold, silver and space gray, which is similar to the graphite color of the 5 – and is made from high-grade aluminum. It’s got a brand new A7 processor and supports 64-bit, the world’s first and only smartphone with a 64-bit chip. While Apple is making it easy for developers to upgrade their apps to support 64-bit, the iPhone 5S is backwards compatible to 32-bit. The amazing statistic that Apple Vice-President of Worldwide Marketing, Phil Schiller, announced was that the new A7 processor is 2 times faster than the iPhone 5 and 40 times faster than the original iPhone.

In addition to the new A7 processor, Apple also added a M7 motion coprocessor that works alongside the A7. It supports the accelerometer, gyroscope and compass. This coprocessor was designed to identify user movement and made for a new generation of health and fitness apps like Nike+ Move.

With all of these innovations thrown out, I expected the battery life to suffer, but Schiller announced that it has the same if not better battery life than the iPhone 5. 10 hours of talk time, 10 hours of LTE Browsing and up to 250 hours of standby time. These times are of course effected by the types of apps you have running. For example, I have an app that tracks my steps and it’s constantly running in the background. This definitely ends up draining my battery.

The new and improved 5S comes with a new and improved camera, too. It’s got a five-element Apple-designed lens with F2.2 aperture with a sensor that is 15% larger than the iPhone 5. The camera is designed to work with iOS 7 to take advantage of the the larger sensor area. It automatically sets a white balance and exposure level. The camera comes equipped with a new True Tone flash, which has two LEDs – one cool and white and one warm and amber. Another cool function of the new iSight camera is Burst mode. Burst Mode takes several shots while a user holds down the shutter button. iSight can take up to 10 frames per second. This is great for action shots. The camera software looks at the multiple shots and determines which photograph is the best quality. The iSight camera can also now do Slo-Mo and capture 720p HD video at 120 fps.

The last of the three features that Schiller covered was the Fingerprint scanner dubbed – Touch ID. Touch ID is a capacitive sensor 170 microns thing. It scans the sub-epidermal skin and can read your print from any angle. It’s included in the home button and scans at a 500 ppi resolution. Touch ID has a laser cut sapphire crystal laid over a stainless steel detection ring, set over the touch ID sensor, which is placed over the tactile switch. Schiller discussed two of the main things Touch ID will allow users to do.

The iPhone 5S will be released in three sizes (prices indicative of two-year contact):

Apple is also releasing a line of leather cases for the iPhone 5S. They will come in multiple colors and will be priced at $39 each. Apple is retaining the iPhone 4S for retailers to sell as a free with 2-year contact.

I think that releasing both of these models will expand Apple’s influence in the smartphone market. The 5C will appeal to young adults age 25 and younger and the 5S will appeal to professionals.

We look forward to seeing what the iPhone 5S and 5C are really like. 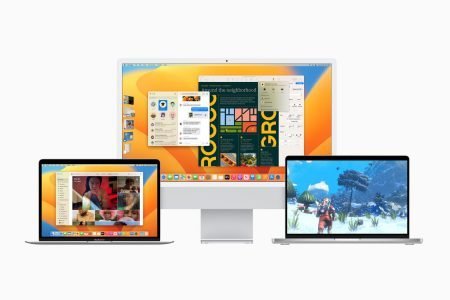