I love streaming media. In fact, for a time, I ‘cut the cable’ and only relied on over the air TV and streaming services like Netflix and Hulu for my main entertainment options. I remember using these services before streaming media players were even readily available. My first experience with a streaming media player was actually my Xbox 360. One of the primary reasons I purchased one was so that I could easily view Netflix. A lot has changed in recent years and now most technology outlets have some form of streaming media player. I was thrilled when I heard about the Amazon Fire TV. For the past few years, we’ve been using an Apple TV and I loved the idea of additional competition in that marketplace.

Amazon Fire TV is built to be aggressive in the media player market. The hardware includes:

In addition to its impressive interior the exterior is even more notable. The black box itself is nearly invisible at 3/4 of an inch thick. It’s meant to be unobtrusive within your entertainment center’s landscape.

When the Amazon Fire TV arrived, I was Christmas morning excited to see the smiling Amazon shipping box. I opened it to find a very sleek black box with a sliding cover. The inside of the box was a specifically cut piece of cardboard that held the remote in a recessed cavity under where the Fire TV was. The power cable was folded under another section of the box that made everything fit tightly and securely.

Upon taking it out of the box, I was taken by how light it was. We cleared a space for it to sit on our entertainment center and began set-up. The steps are very quick and painless.

Once you complete the installation, you simply follow the on-screen directions to finish the set-up. Within about five minutes of unboxing the Amazon Fire TV, it was ready to use. If you order the Fire TV from Amazon, it will arrive preregistered with your Amazon user account so you can begin using it directly out of the box.

Amazon Fire TV has a lot of features that are similar to other streaming media devices, but a few major ones that really set it apart from competitors. The most heavily publicized feature is Voice Search. Voice Search is similar to what a personal voice assistant like Siri does, but it’s tailored to work specifically with the Amazon search only. Voice Search cannot open apps or play movies, but it is a very easy-to-use function of the Fire TV. Amazon has even released a series of commercials featuring Gary Bussey to demonstrate the flexibility of Voice Search. Voice Search works just as easily as demonstrated in those commercials. In fact, the first term we tried was ‘Gary Bussey.’ It’s been flawless every time I’ve tested it and search results appear in 5 seconds or less.

Like other streaming media players, Amazon Fire TV has instant access to services like Netflix, Hulu Plus, and YouTube…plus, Prime Instant Video. Fire TV also grants users access to the Amazon gaming marketplace, which has high-quality, low-cost, gaming options from developers such as EA Games. I was pleasantly surprised when I discovered multiple versions of Grand Theft Auto were available. With many of the games available you can play them with the Fire TV remote, but Amazon has also developed a Bluetooth gaming controller, which we added onto our Fire TV quickly so that we could play games easier. We quickly discovered this was a good decision. If you plan on playing games, especially ones designed for a gaming system like the Xbox or Playstation, I would highly recommend purchasing the Amazon Fire Game Controller, too.

The main reason I like streaming media players is to be able to use services like Netflix with ease. I have been impressed with the quality and speed of playback from the Fire TV. I primarily use Netflix and Amazon Instant Video, but do find that it’s a much quicker load for playback than our Apple TV.

The Amazon Second Screen is something I’d love to take a look at, but unfortunately, it is not currently available on the iPhone or iPad. Amazon has noted that it will be available soon, but as of our testing of the Fire TV it was not.

Fire TV also has an option for audio playback. You can access Amazon Music, Pandora, iHeartRadio, TuneIn and more from the comfort of your Fire TV unit. Plus, you can access all the Amazon music you’ve downloaded with your Amazon account. It’s a nice feature to tap into while you’re showcasing photos or playing a game. You simply start your music, then exit to the main screen and then continue playing your game.

In addition to the Fire TV’s impressive playback for videos, gaming operation, Voice Search, and seamless connection to Amazon Prime features, I was also impressed by the remote itself. The Fire TV Remote is small and intuitive. Users who have had other streaming media remotes, will be immediately taken with this one. It does not require line of sight, however, since it works through a Bluetooth connection. With our Apple TV remote, we do experience a bit of a ‘lag’ when entering information using the remote. But, the Fire TV Remote was quick, responsive and very easy to use.

If you are currently in the market for a streaming media player, I highly recommend the Amazon Fire TV. It’s got superior performance compared to other players in the market, has competitive pricing and with a subscription to Amazon Prime, you have limitless possibilities to enjoy all your favorite entertainment avenues. 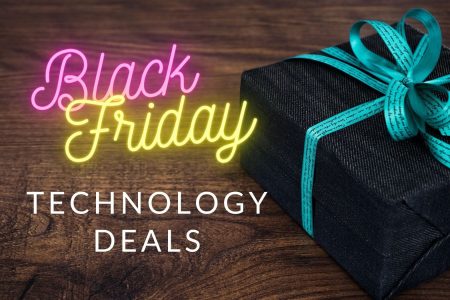