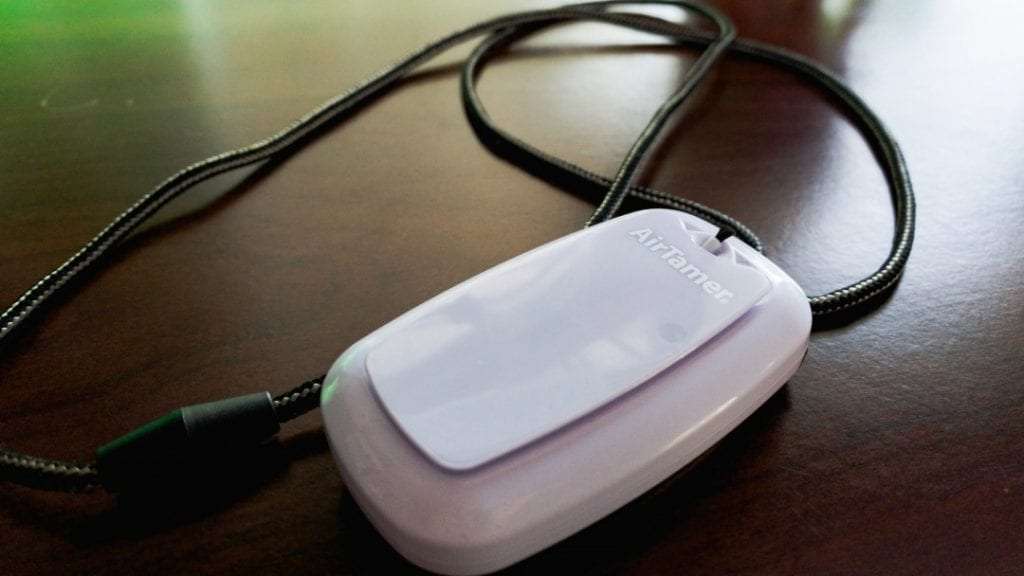 I’m one of those people who dread the winter months. I know that at some point I’m going to get horribly sick. I spend a lot of time doing things that might help keep me healthy and for the most part, I do a pretty good job until I’m in large groups of people like CES. Right around that time of year, germs stick and I’m down for the count. At CES there is no getting around the germs – maybe it’s the number of people at the show, the act of shaking hands, or touching the gadgets on the show floor – whatever the cause, I can’t avoid the illnesses spread around that event.

This past year I did have a secret weapon in my arsenal of germ-fighting tools – the AirTamer Personal Air Purifier. I found myself making it home from the massive electronics event without being deathly ill and when I did end up getting sick, it wasn’t nearly as bad as previous years. Even though I can’t say with a 100% certainty that it was the AirTamer that held the germs at bay – I can’t say that it wasn’t either. What I can say is that wearing the AirTamer device while I was in the airplanes and at the event was the only thing I really did differently than in previous years.

Therefore, when I was asked to test out the newest version of the AirTamer (model A315), I jumped on it because I do think that the science behind using negative ions is solid. Even though you can’t see it or touch it physically, it’s not voodoo. 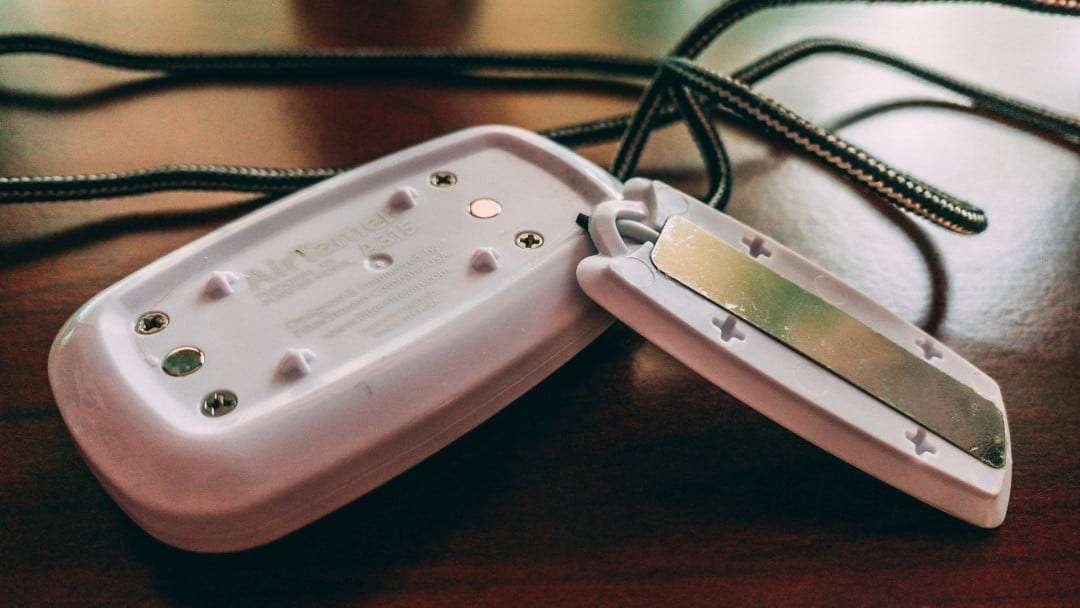 The AirTamer A315 is the product designer, Filter Stream’s, most effective personal rechargeable air purifier. AirTamer’s advanced ionic technology has been pulled together into a smaller, more portable package. The device emits a constant stream of healthy negative ions the force air particles away from your personal space. This provides the user with a 3-foot ‘safe zone’ of clean air. A premium lanyard is included with the A315 so that you can wear it around your neck easily. It also comes with a replacement ion emission brush. The AirTamer A315 operates silently and provides 30-40 hours of run time on a single charge. A USB cable is included for recharging purposes. 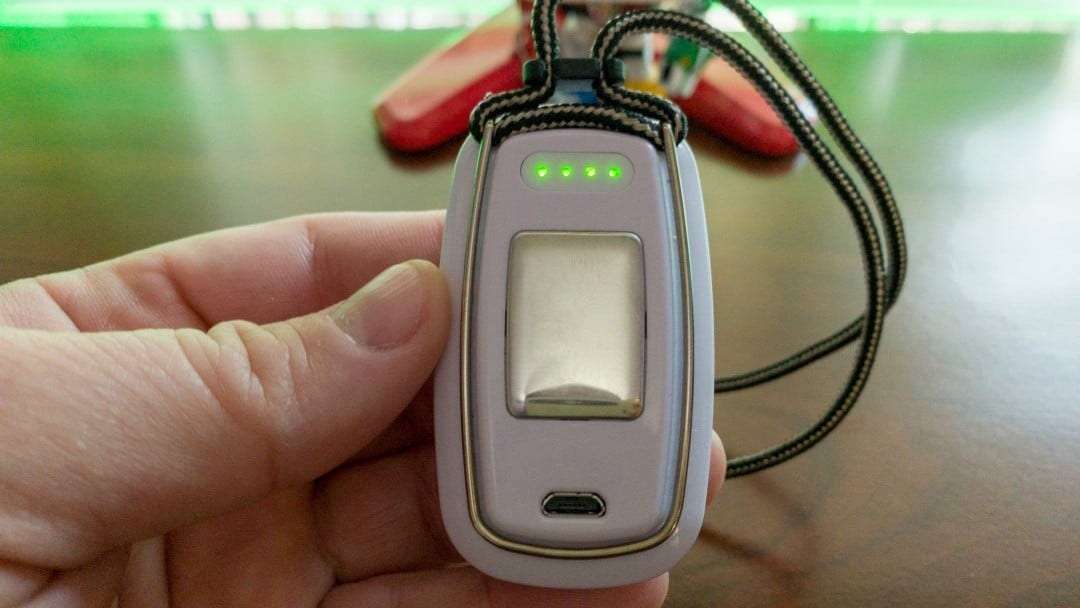 When I unboxed the AirTamer A315 I was pleasantly surprised to find some decent upgrades had been applied to the A310 model I had tried before. I like the smaller form factor and the clip that’s included for the lanyard. This was something I wasn’t thrilled about in the other model. Its lanyard was integrated into the case of the device so if it got worn out or broken, there is no way to replace it. The A315 makes it really simple to swap out lanyards if needed.

Just like the other AirTamer I’ve tried, I really wasn’t sure how to ‘test’ it. I don’t have an air particle tester so the only thing I can really say is that you can feel a small tickle from the brush if you place it near your lips. I tried that with this unit and had the same shocking sensation that I had before. The other test I ran was just a simple air movement test. Again, I did this with the previous AirTamer. I filled a glass with some vapor from a cool mist humidifier/diffuser. I turned the AirTamer A315 on and placed in the glass with the vapor and after a short time, all the vapor dissipated. I could visually see how when the vapor would move closer to the AirTamer that it would get pushed away when it got close to the brush. I know that this isn’t a good test of how well the AirTamer works, but it is validation that it’s forcing air particles away like it’s supposed to. 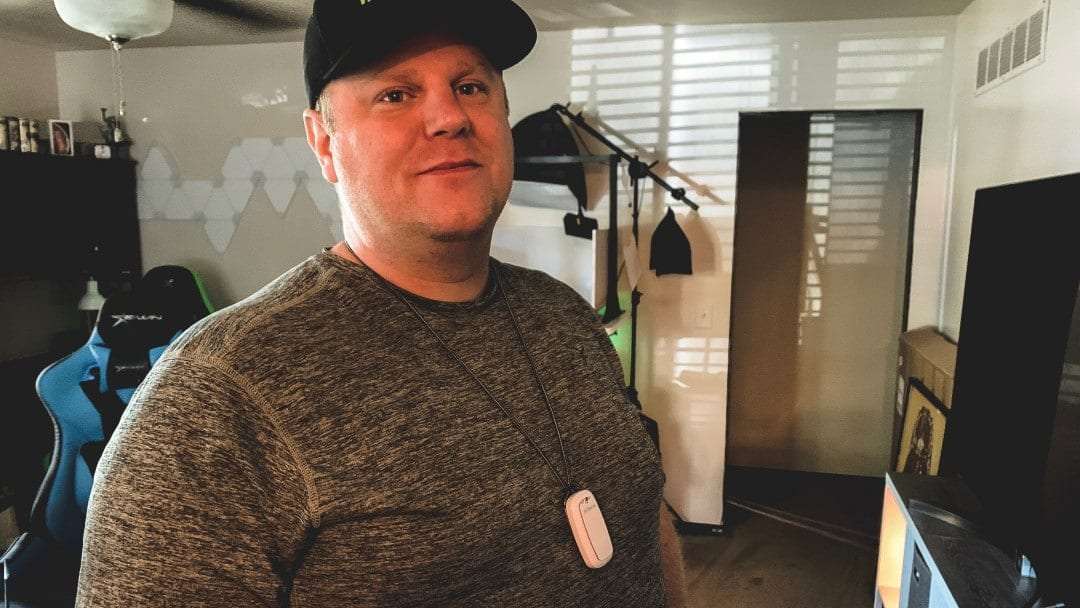 There were a couple of questions I had about the operations of this particular model so I reached out to AirTamer and these are the responses I got.

Why are there interchangeable covers? What purpose do they serve?
The interchangeable covers have two benefits: (i) if the emitter brush is ever damaged, the owner can simply replace the cover that includes a new emitter brush, and (ii) in the near future, we will introduce fashionable covers for customization. For example, in China, the children’s market is huge and the cover could have the child’s favorite superhero on it. Or, for corporate events, a company logo could be applied. I have attached a product sheet that covers some of these options. There is nothing wrong with the first generation that has a permanent cover. We just offered this new feature on the A315.

Why didn’t you use a USB-C for charging purposes?
We do not require a large amount of power or data transfer, so a normal micro USB is suitable.

The AirTamer user manual says “Do not operate where aerosol units are being used or where oxygen is being administered. Do not operate AirTamer in oxygen-rich environments.” Can I use AirTamer if I am using an oxygen support system with nostril tubes?
Yes, AirTamer can be used if you are using nostril tubes for supplemental oxygen, but keep AirTamer a safe distance away from any high pressure oxygen tanks and away from oxygen tents in the exceptionally rare event that your AirTamer is faulty (e.g. your AirTamer been dropped, the housing is open and electronics are exposed), which may create a spark.

Last year, I was able to stay healthy after my visit to CES. Even though I eventually came down with bronchitis, I don’t believe that was caused by the event and I didn’t get anywhere near as sick as I did the year before. The AirTamer is a very hard product to test but in my personal opinion, I like the AirTamer and feel it’s worth trying when you know you’re going to be in close quarters with lots of other people. 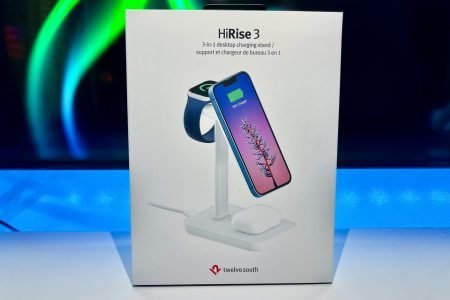 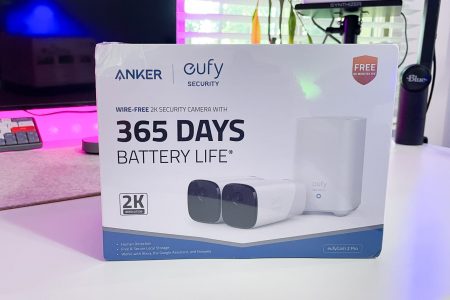