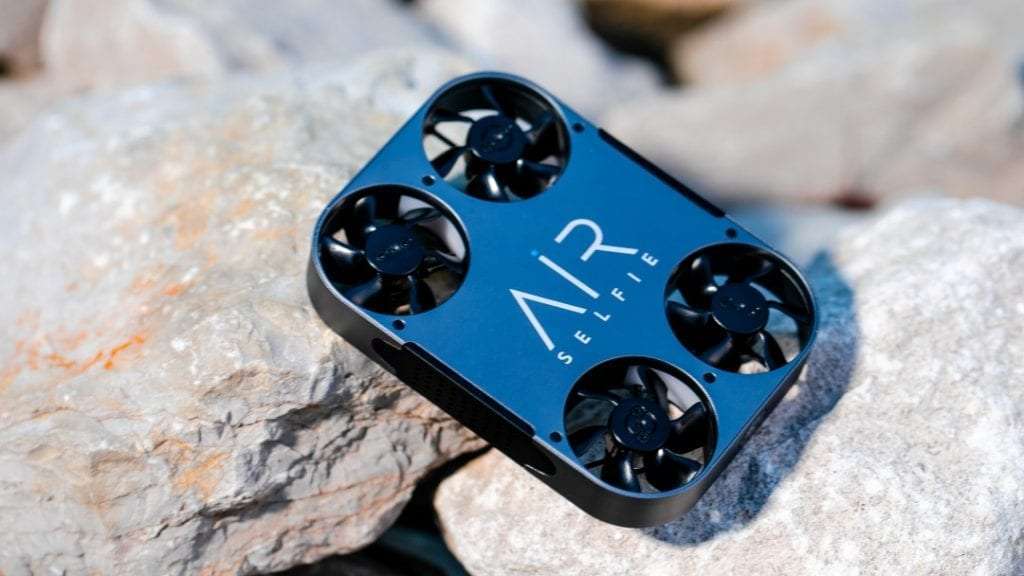 The upgraded pocket-sized drone just wants to be free.

Earlier this year, I had the opportunity to review the AirSelfie Flying Camera. The device is a mini-drone that is designed to take selfies from up in the air. Using this tiny drone is unlike anything I’ve attempted in the past and unfortunately, as cool as the concept of the device was, my experience was a little below par. AirSelfie has taken the original design and revamped it and I’ve been testing it out recently. My experience this second time around has been much more positive. 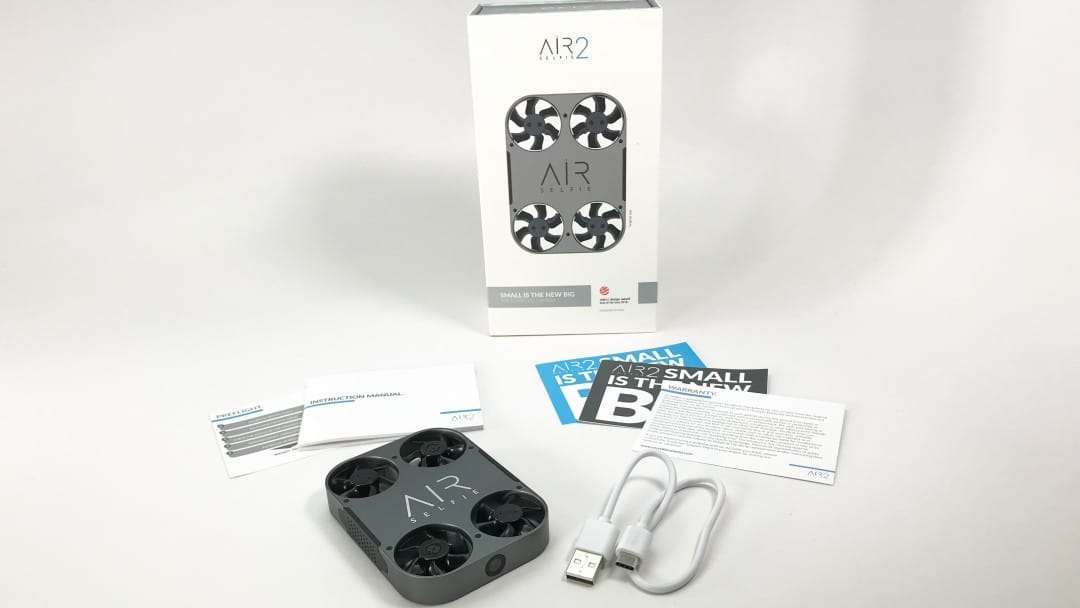 AirSelfie is the first HD pocket-sized flying camera. The concept behind it is simple – “why should we put up with videos and selfies limited by what our smartphones can do?” The flying camera empowers people to capture and share their moments in a unique way. Because of its size and form factor, AirSelfie is easily carried around from place to place. It features a 12MP camera in a lightweight (2.8oz.), flight-worthy case. The case is made from anodized aluminum (aeronautical grade) with four turbofan propellers powered by a brushless motor that gives the drone a range of 60 feet. A smartphone is required to connect to AirSelfie through its 2.4GHz self-generated WiFi. The drone has sophisticated sensors built in to ensure a smooth flight and an integrated 16GB SD Memory Card makes capturing and saving memories easy. AirSelfie has a 400mAh 7.4V battery built-in (rechargeable with the included USB-C cable) that provides a 5-minute flight time. 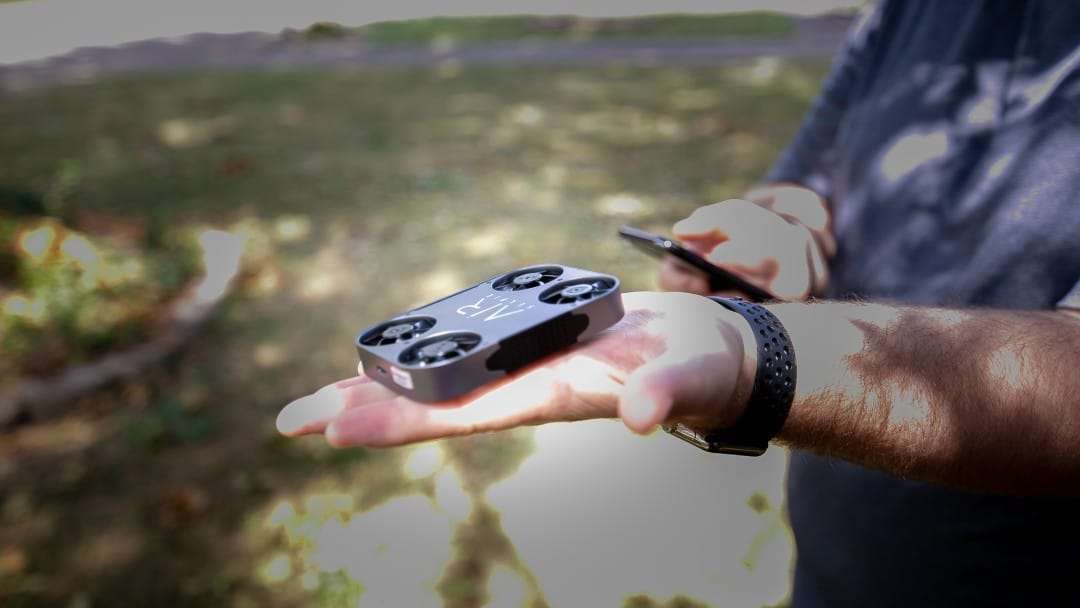 The second generation AirSelfie is a big step up from its predecessor. The product engineers who worked on this project seem to have taken customer experience feedback from the previous generation and really applied it to this update. For starters, the camera is now a 12MP camera. That is a HUGE improvement over the 5MP camera that was included in the original AirSelfie. My previous photos were blurry and kind of looked like they came from an old-school flip phone. The photos that are taken by this new camera are clear and impressive as far as quality goes. It didn’t matter if I took photos indoors or outdoors, the pictures were great. Control of the AirSelfie is better than the original. The original version would move sporadically and not hover and stay still as it should. The 2nd Gen model hovers beautifully and the only issue I had with it was when I was outdoors. 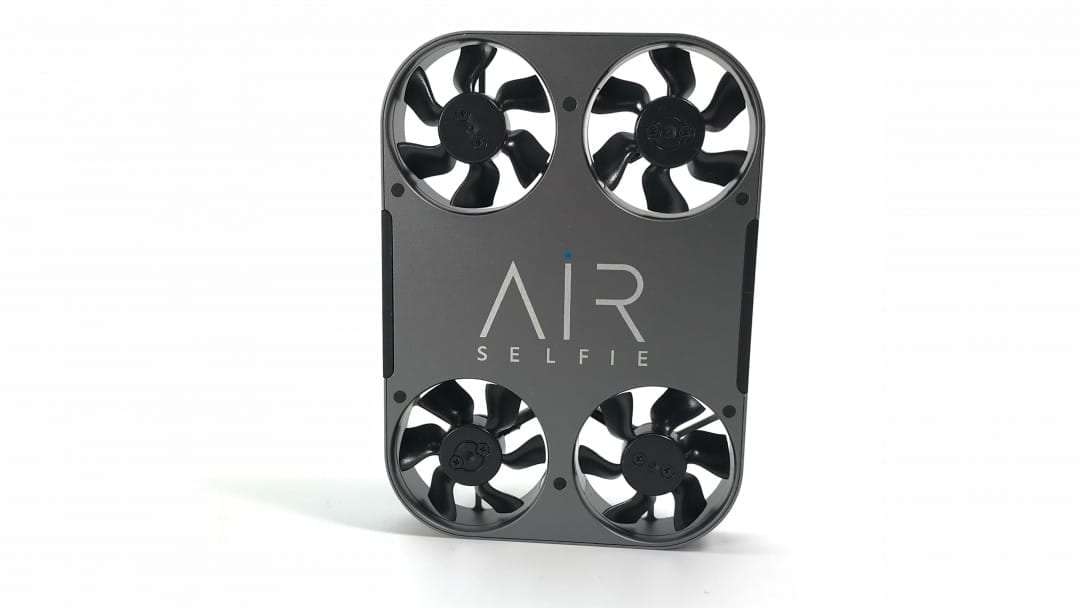 At one point, I took the AirSelfie to a local pond where geese and ducks like to congregate. I thought it might make for an interesting aerial photograph. So, I connected to the camera with my phone and launched it by gently tossing it into the air. The AirSelfie hovered for a few seconds and as soon as I tried to position it closer to the geese, the drone flew around erratically. I had almost no control over it and it even started flying away from me on its own. We caught it and restarted it to see if that would have an effect on its behavior, but it did not. Looking back on the event, it seemed as though the weather may have played a part. It was a bit windy and we think that may have been affecting the sensors on the device. Our main reasoning for this is because we tried it again when we were indoors and it worked just fine. 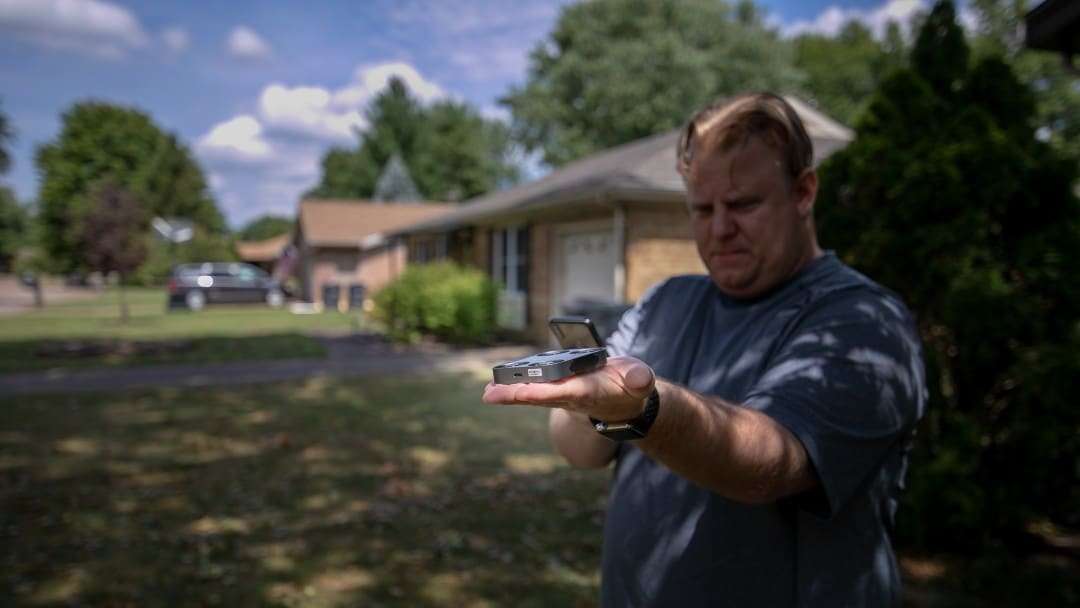 Because we weren’t sure about what was causing the malfunction at the pond, I tried flying the AirSelfie again before finishing my review. Unfortunately the results were not any better — in fact, they were worse. Standing in my front yard, I launched the drone with a gentle toss into the air. The AirSelfie hovered for just a second or two and then tried to fly into a nearby bush. I rescued it before it had a collision with the plant and tried again. This time the drone decided to roam free. It was unresponsive to the app’s controls and flew over two rows of neighbors houses and finally landed one street over from our house. We were thankfully able to find and retrieve it (we decided it would be a good idea to put a Tile or like tracker on the drone for circumstances like this), but it really was like the device suddenly had a mind of its own. After taking the drone back indoors and charging it back up, I flew it one more time indoors and it was fine. I don’t know the reasoning, but I suspect it has something to do with the WiFi signal between the drone and the smartphone.

After the incident where the drone flew away, I realized that I had been using different flying modes during each outdoor trial. When I was at the pond, I was in beginner mode. When I was outside my house, I was in intermediate mode. When I made this realization, I set the AirSelfie into expert mode and gave the great outdoors one more try. It worked perfectly. I had control over the drone the entire time and it flew beautifully. I now believe that the other two modes have a programming glitch in it. So, if you plan on flying it outdoors, make sure it’s in expert mode.

Another upgrade that AirSelfie made to the drone was how it charges. The first gen model had to be plugged into a charging case. AirSelfie 2 has an integrated USB-C charging port. This was actually one of the reasons I wasn’t a huge fan of the original model – I hated the charging case. The fact that product designers did away with that accessory and provided a USB-C port (in my opinion, the future of charging cables) is very forward-thinking and I really appreciate the consideration they had for this feature. 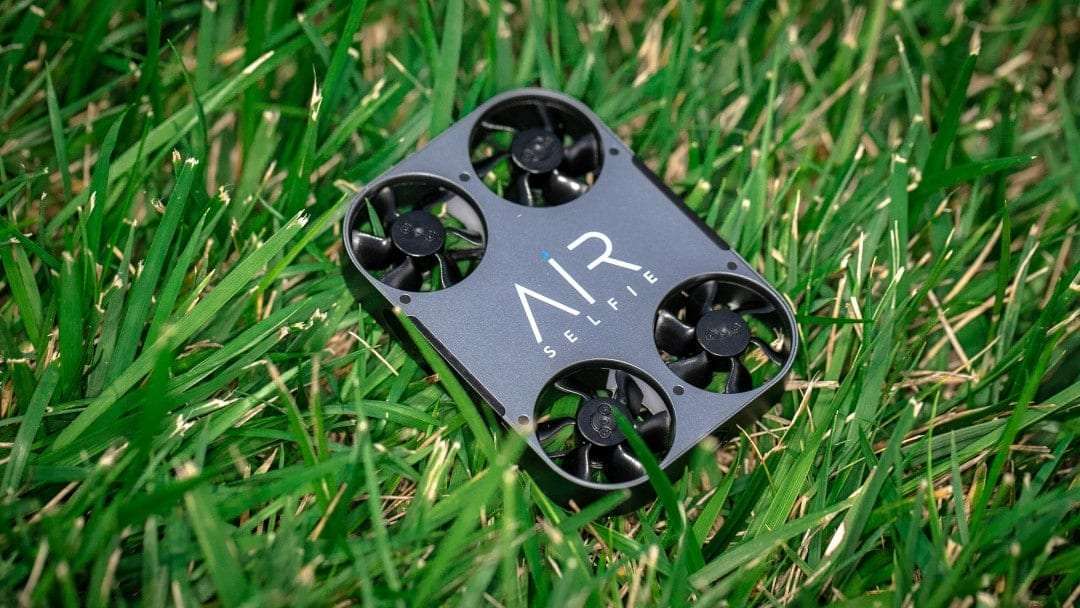 AirSelfie is a really fun device and this updated model makes it even more possible to capture those precious moments from an aerial perspective. With the first generation unit, I was a bit skeptical. I love the concept of it but wasn’t sure about its execution. Now, I find that it is an enjoyable drone to add to my photography gear. It did have some spotty issues surrounding unstable weather conditions, but other than that, I didn’t have any issues with it. AirSelfie 2 is now available in four colors – silver, black, gold, and rose gold – and retails for $199. We really like how compact the AirSelfie is and how that it charges with USB-C. It makes for an always-handy drone. We do hope a firmware update fixes the to modes that we had trouble with it.