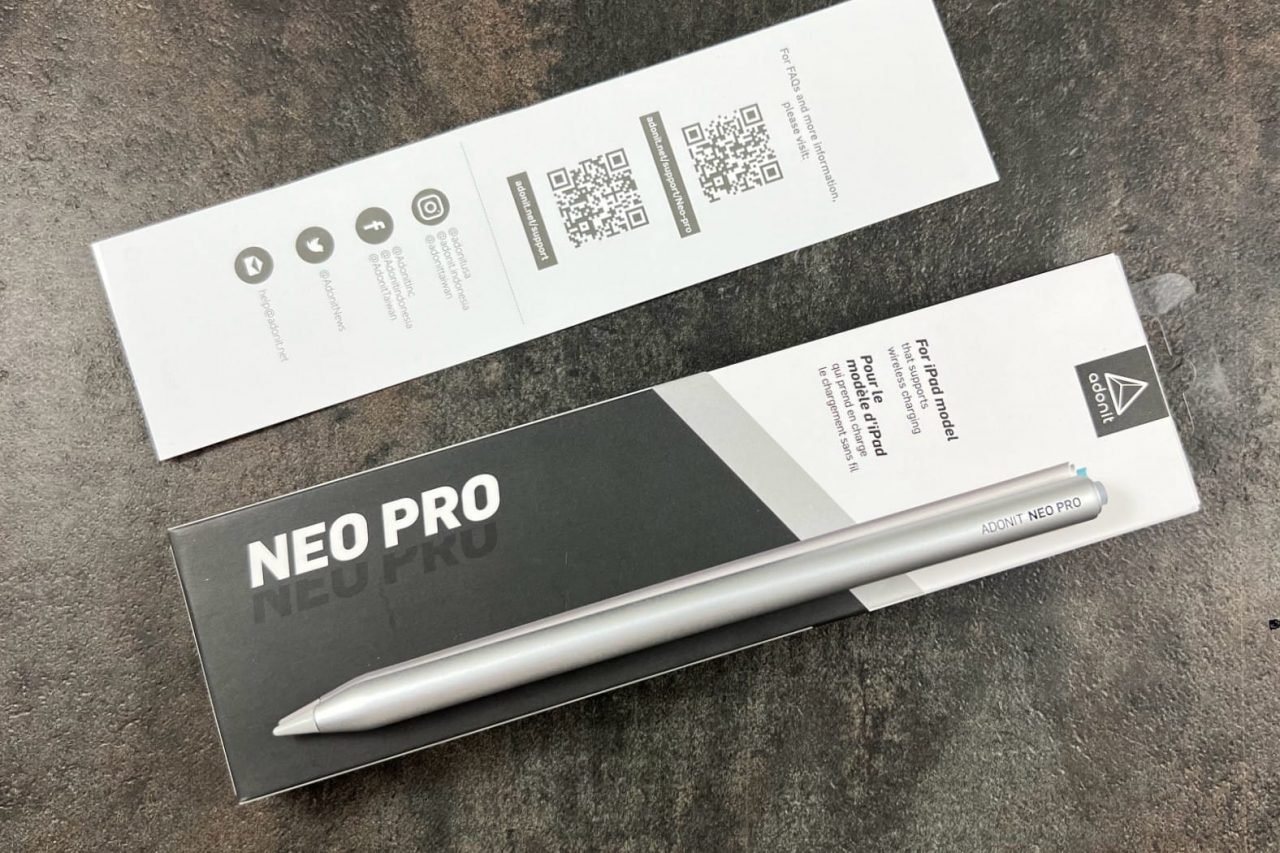 Upgrade your iPad Pro Experience with an adonit Stylus

Even though I was a late adopter of the Apple iPhone, I quickly joined the iPad party. I navigated through various Android phones, tablets, and even had a Blackberry and Palm Pilot for a while. I grew accustomed to bulky styluses and was often saddened when I lost the one that fit into my device.

I liked the ability to quickly jot down an idea, draw, make a graph/annotate notes. It was thus funny to hear that Steve Jobs abhorred styluses in his famous quote: Who wants a stylus? You have to get ’em, put ’em away, you lose ’em. Yuck! Nobody wants a stylus. So let’s not use a stylus.”

When I purchased the Apple Pencil generation 1, I quickly realized the device’s limitations. Even though I could take notes and edit slide presentations in my graduate school classes, I struggled with a few features. I was not too fond of the tail-end charging feature and the inability to carry the device with my iPad. Since the device did not attach directly, I regularly found an uncharged device or that I completely lacked a pencil to take notes or doodle.

The second-generation pencil solved the above issues with magnetic attachment and charging. I rarely leave home without a pencil for my iPad Pro 12.9″ generation 5. If you are not interested in spending $129 on yet another Apple dongle-thingy, consider checking out the adonit NEO PRO stylus, which provides many of the features at under half the price.

The Adonit NEO PRO arrived in a 2 1/8 inches wide by 7 3/4 inches tall by 5/8 inches thick hanging-style package. The Adonit name and triangle base pyramid logo were displayed along the panel’s top within a matte black square. The black box contrasted beautifully against the clean white background, allowing the name/logo to shine through the negative space. I liked the white/grey/dark black gradient, the angular design, the bold-white “NEO PRO” name against the dark black base, and the silver pen against the white/black background. The right side panel provided the company/product name within the upper black section, and a multilingual “for iPad/iPad Pro” along the lower white segment.

I gripped the clear plastic hanging tab, lifted the internal tray out from the packaging, and then removed the thin white instruction manual from the top of the tray. The front panel of the manual provided two QR codes with links to adonit.net/support/Neo-pro plus Adonit.net/support, Instagram, Facebook, and Twitter tags, and the help@adonit.net address.

The rear surface of the instructional panel listed the FCC guidelines and product manufacturing labels. I removed the 0.4 ounce, 6 1/2 inches long by 3/8 inches diameter silver pen from the white foam cutout but left the two accessory tips within the lower right cutout. I placed the pen atop my iPad 12.9 gen 5 and noted that the LED at the end flashed red three times before assuming a solid green LED, which then extinguished.

I pressed and held the rear button for three seconds and noted the rear LED illuminated a pleasing blue color. I navigated to Settings, to Bluetooth, and selected “ADONIT NEO PRO” from the list. Since I had previously attached an Apple Pencil Gen 2 to my iPad Pro 12.9”, I was not initially able to utilize the Adonit Neo Pro. I used the camera app on my iPhone 13 Pro Max and scanned the QR code atop the instructional panel.

The Adonit Neo Pro Support page listed the features (magnetic attachment to iPad, Wireless charging, palm rejection),  provided a list of supported devices (iPad Pro 11” 1st/2nd/3rd generation, iPad Pro 12.9” 3rd/4th/5th Gen, iPad Mini 6th generation, and iPad Air 4th/5th generation), how to use/pair the device, detailed the 5-minute auto-off feature, a section titled “Why can’t I use Adonit Neo Pro on iPad Pro 2020,” and detailed information about the product specifications, 2-hour charge time, 9-hour run time, battery widget, LED meaning, interchangeable tips, and information about the 1-year limited warranty. Thankful for the panel, I ensured that my iOS version was 12.2 or above and found I was fully updated with version 15.6.1. Next, I selected Apple Pencil from the Bluetooth list and “forget this device.”

Once the Adonit Neo Pro was the only pencil connected via Bluetooth, I found that I was able to utilize the device/features. To start the test, I navigated to the Notes App, tapped the three dots inside the circle, and selected “Lines and Grids” from the list. When I tapped the pen icon at the top right, the App opened a list of pens and pen colors. I selected the pen to the far left (pen to text) and kept notes at a recent meeting. When I selected the fourth pen, I was able to maintain pen/writing style notes, and I wrote down a schedule for our BSA campout.

Next, I navigated to Pages App, selected the paintbrush icon at the top right, and then selected the “Scribble” pen to gain handwriting-to-text functionality. I tried several of the options, including the pen, crayon, and highlighter. I was pleased with the grip, with the weight, and felt that they were very similar in feel to the Apple Pencil Generation 2. I had no issues with the stylus tip and found the palm recognition worked well.

The magnetic attachment and charging features of the adonit Neo Pro will give the Apple Pencil generation 2 a run for the money. I liked the darker color of the adonit device and found it paired better with the aesthetic of the iPad Pro than the white Apple Pencils. I was impressed with the magnetic attachment and even more so with the magnetic charging features. Most of the available styluses I have previously tested charged via USB-C and lacked the main functionality.

You can use the included iOS battery widget to evaluate the remaining power, use the palm rejection to avoid unintended lines/swipes, and then enjoy tilt sensitivity. Despite the positives, the one glaring omission was the lack of pressure sensitivity within the Apple Pencil Generation 2. Several peers have relayed this to be the biggest reason not to purchase a non-apple add-on. Personally, I find the ability to annotate notes/pdfs and to quickly draw/jot down ideas the primary use for a stylus/pen/pencil, and I have not used the pressure sensitivity feature.

I loved the ability to place the stylus onto the iPad to charge and found the battery/charge ratio favored the user. If I was given the choice today to purchase an Apple Pencil Generation 2 versus the adonit Neo Pro, I believe I would opt for the adonit and pocket the difference.

If you are looking for a pencil/pen option without the $129 price tag of the second-generation Apple Pencil, consider the $44.99 Adonit Neo-Pro. Additionally, I found that I could navigate to their website, subscribe, and gained 15% off on my first order.